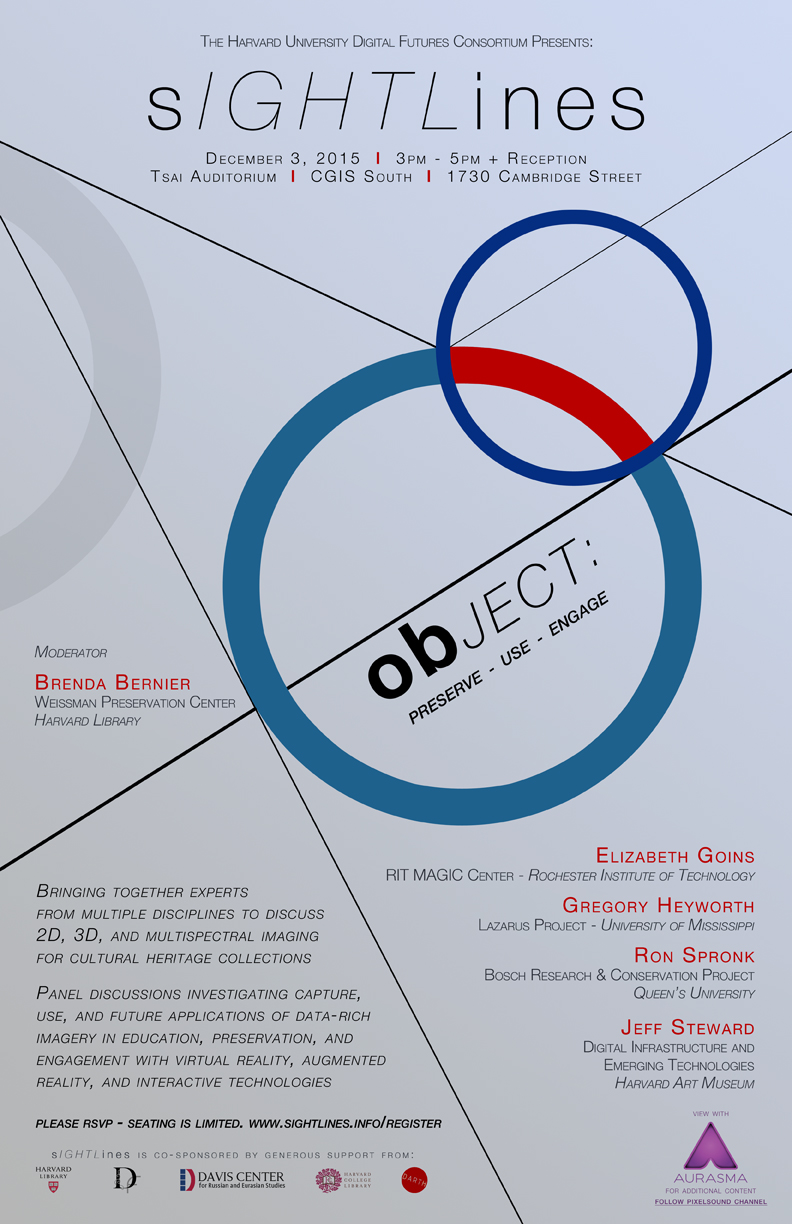 obJECT examined contemporary use and the impact of emerging technologies on technical imagery in humanities studies. Use of 2D and 3D imagery of cultural heritage materials, and the innate data of these digital objects, extends to artists, scientists, historians, and wide-ranging examinations that all derive different, valuable insights. Presenters and panelists for this event included experts in multispectral imaging projects, art conservation, gamification as an educational tool, and data visualization. 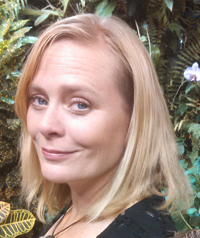 Elizabeth Goins is an Associate Professor in the Department of Performing Arts & Visual Culture at Rochester Institute of Technology. She is the primary liaison with the RIT MAGIC Center’s Museum and Technology Initiative. The MAGIC (Media Arts Games Interaction Creativity) Center’s mission is to lead higher education in the exploration, experimentation, design, development, and deployment of interactive, experimental, expressive and social media. Projects connected to the Museum initiative explore ways interactivity with museum collections, create games to change the way that visitors interact with the collection, and improve understanding of cultural heritage collections via digitally augmented experiences. She has recently developed The Garden, which explores the symbolism of Jheronimus Bosch through gameplay. 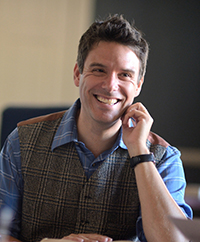 Gregory Heyworth is an Associate Professor of English and Digital Humanities at the University of Mississippi. After taking a BA in English from Cambridge and a Ph.D. from Princeton in Comparative Literature, Gregory Heyworth began his career at the University of Mississippi as a medievalist with a specialty in textual studies and classical influence. His first book, Desiring Bodies: Ovidian Romance and the Cult of Form (Notre Dame, 2009), won the 2010 Choice Oustanding Academic Title award. His interest in textual science and digital humanities began with his edition of the badly damaged Old French poem Les Eschez d’Amours (Brill, 2013) which he recovered using a transportable multispectral imaging system he developed with a grant from the National Center for Preservation Technology and Training. In 2010, Heyworth founded and now directs the Lazarus Project, a non-profit initiative to recover damaged cultural hertitage objects using various imaging technologies. Since its inception, the Lazarus Project has digitally restored scores of damaged works and objects in libraries and collections around the world, including the Vercelli Book and the Martellus Map; it has supported the research of numerous scholars by offering its technology and expertise, and has launched major multispectral digitization projects in Chartres, Tblisi, and Vercelli. Behind the Lazarus Project is a curriculum in textual science that Heyworth developed to train students in a combination of the history of the book, codicology, and spectral imaging, imaging science, and digital display. He is currently working on an edition of the oldest translation of the Gospels into Latin, a book entitled Textual Science and the Future of the Past with Roger Easton, and a promising neural net approach to manuscript OCR. 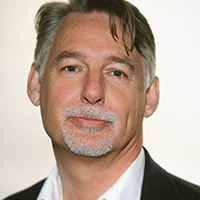 Ron Spronk is a professor of Art History with a special interest in painting materials and techniques. He studies the genesis of easel paintings (from Van Eyck to Mondrian) with techniques such as infrared reflectography and X-radiography. Originally from the Netherlands, he moved to the USA in 1993 to start work towards his Ph.D. at Indiana University, Bloomington. Before coming to Queen’s in 2007, he worked at the Harvard Art Museums for 13 years where he undertook several interdisciplinary research and exhibition projects, closely collaborating with other art historians, conservators and conservation scientists. Among his many publications are two award-winning books: Mondrian: The Transatlantic Paintings (with Harry Cooper) was awarded the 2002 College Art Association/Heritage Preservation Joint Award for Distinction in Scholarship and Conservation, and Prayers and Portraits, Unfolding the Netherlandish Diptych (with John Hand and Cathy Metzger) received the 2007 George Wittenborn Memorial Book Award from the Art Libraries Society of North America. In addition to his professorship at Queen’s, Ron Spronk also holds the Jheronimus Bosch Chair at Radboud University in Nijmegen, the Netherlands. He is currently participating in the Bosch Research and Conservation Project, which will result in a major exhibition in ‘s-Hertogenbosch in 2016 and in a new monograph on this enigmatic artist. He is also closely involved in the current conservation/restoration treatment of the Ghent Altarpiece, for which he coordinated the innovative on-line research tool Closer to Van Eyck. At Queen’s, he is currently establishing QU-MoLTAH, a mobile laboratory for technical art history. With this facility, small groups of graduate students will be performing technical examinations in museums in Ontario and beyond.

Jeff Steward is the Director of Digital Infrastructure and Emerging Technology (DIET) at the Harvard Art Museums. For the past 17 years he has worked at museums with museum data. He provides leadership and guidance on the use of a wide range of technologies at the museums to reshape the museum experience inside and out. Some of his work is found at https://vimeo.com/channels/705959. 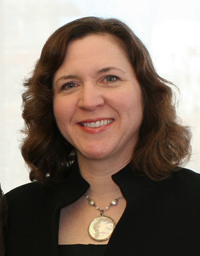 Brenda Bernier is the James Needham Chief Conservator and Head of the Weissman Preservation Center at Harvard Library, where she has served for eight years as the senior photograph conservator. She is active in the field, serving on local and national committees, teaching workshops, and presenting new research. Brenda’s conservation and preservation experience has been shaped by working in such diverse institutions as the National Archives and Records Administration, the U.S. Holocaust Memorial Museum, and the Baltimore Museum of Art. She has a master’s degree in photograph conservation from the Winterthur/University of Delaware Program in Art Conservation and a B.A. in Art History from Virginia Commonwealth University. 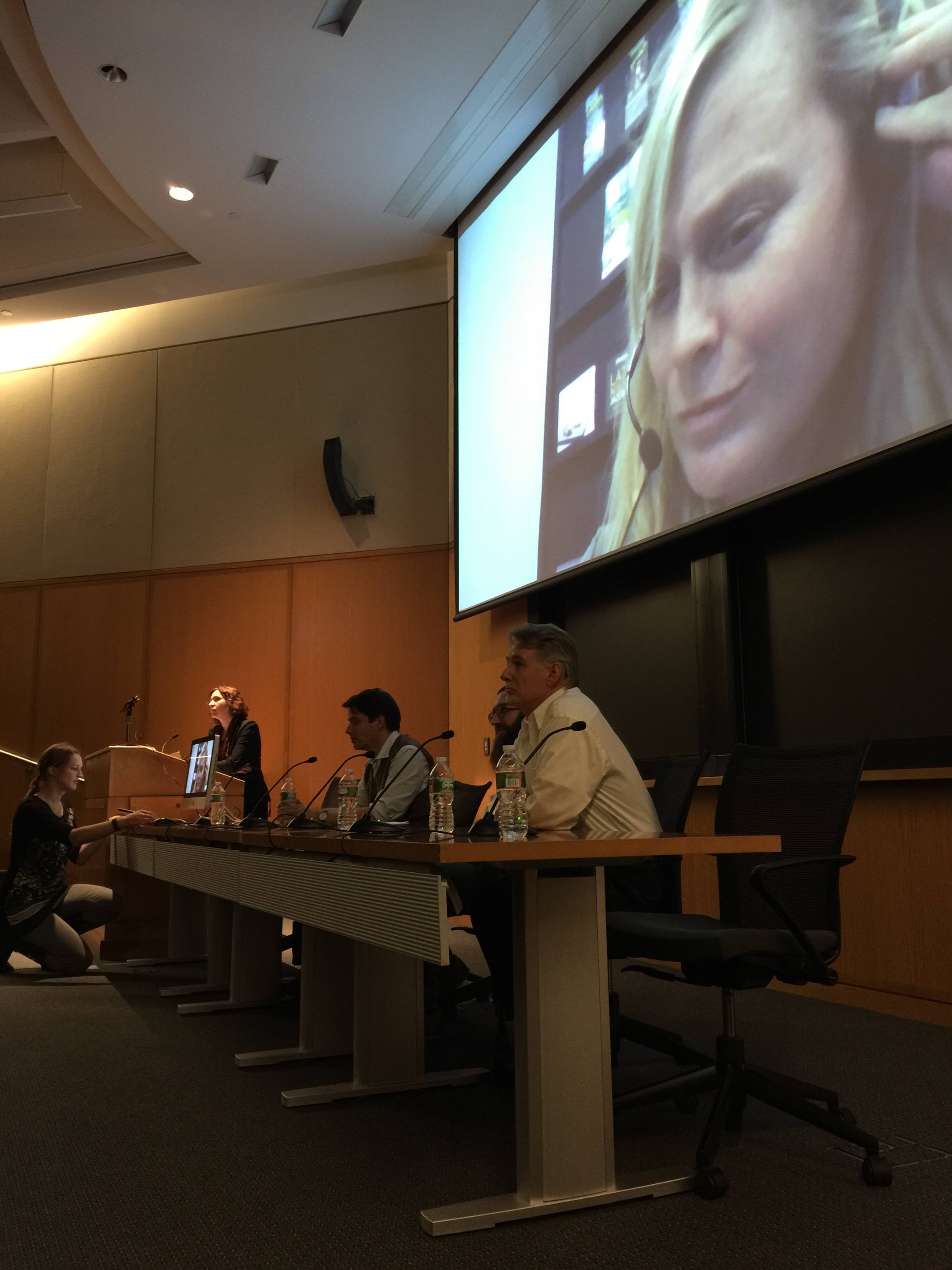 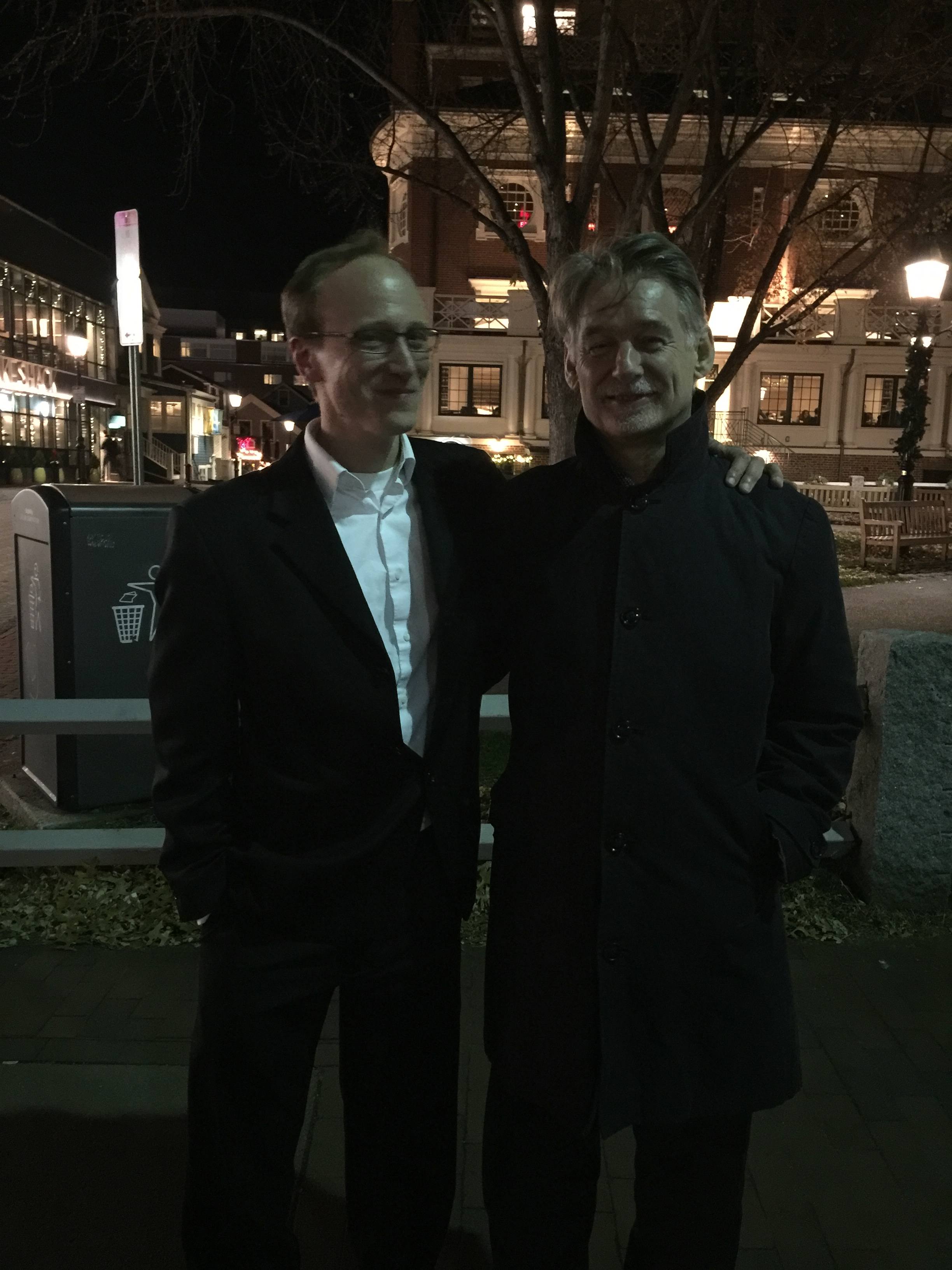 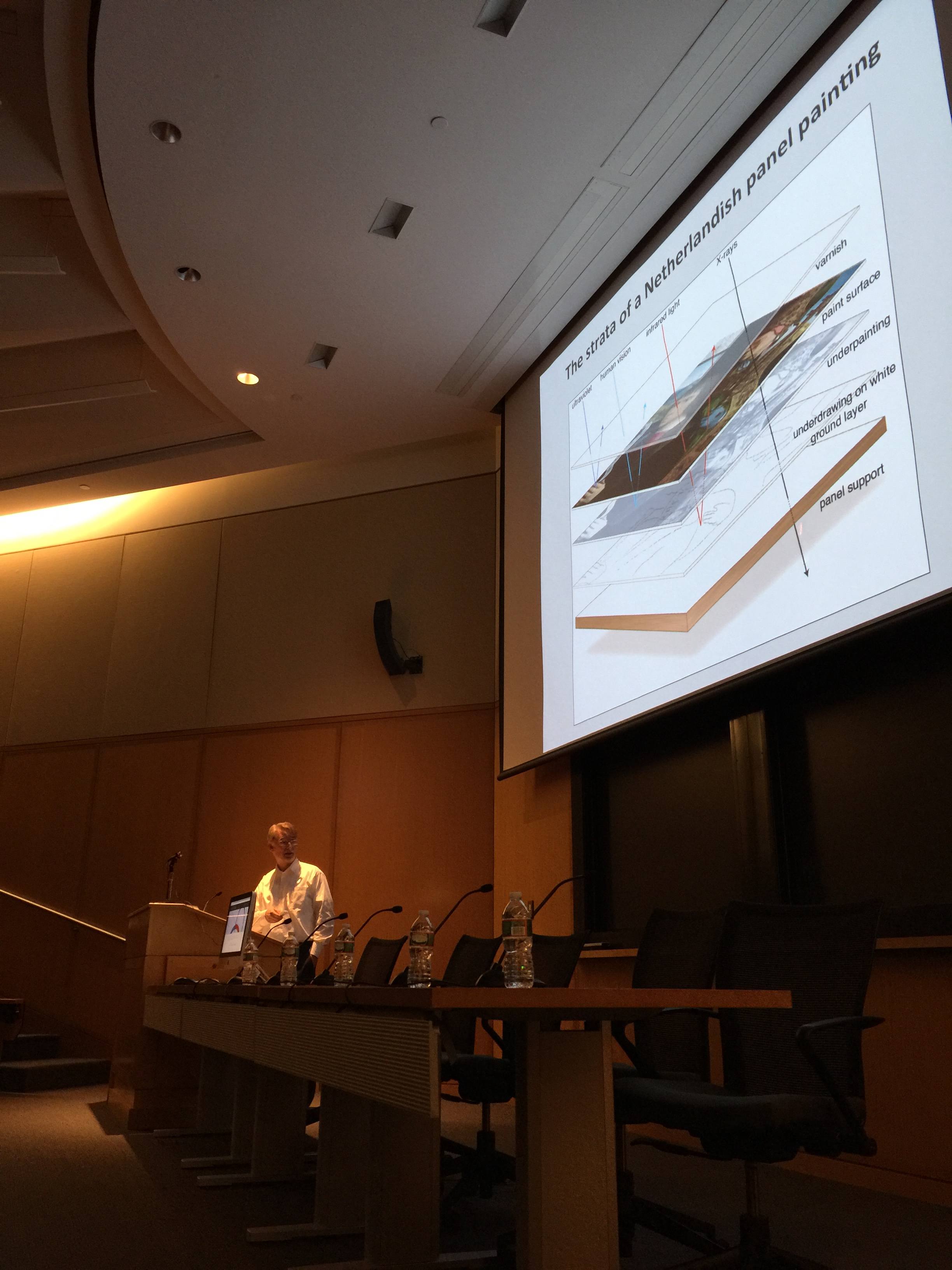 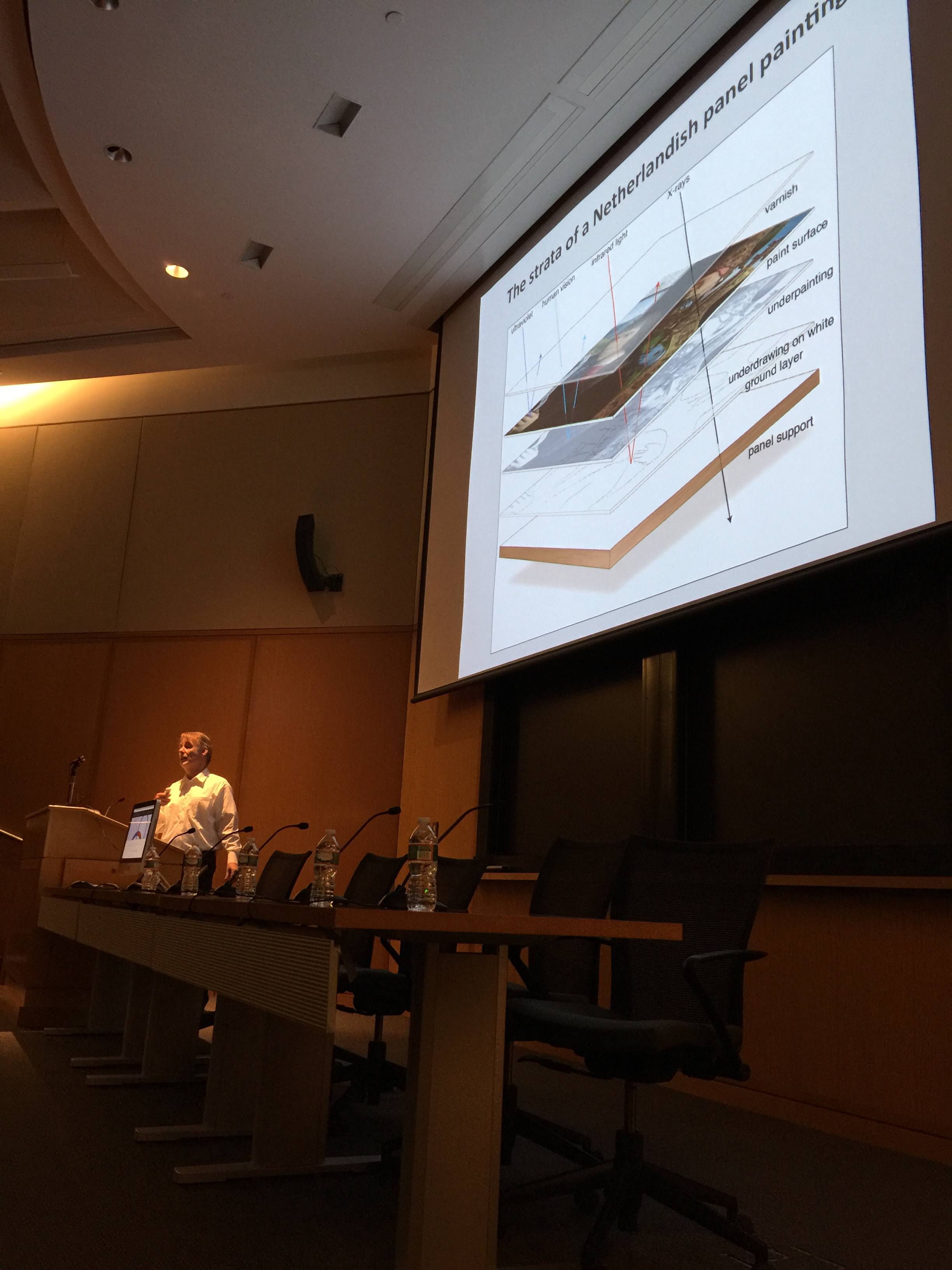 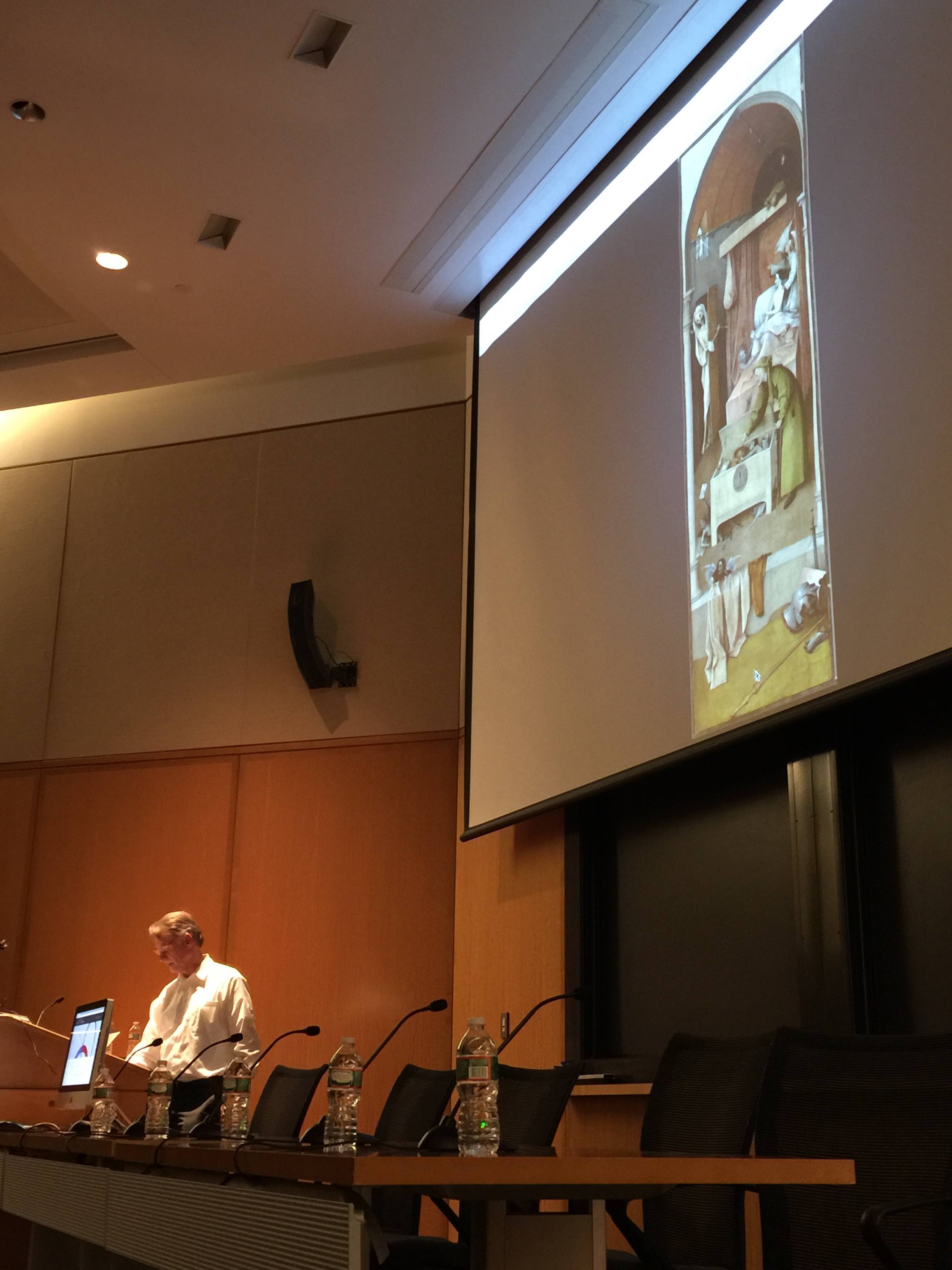 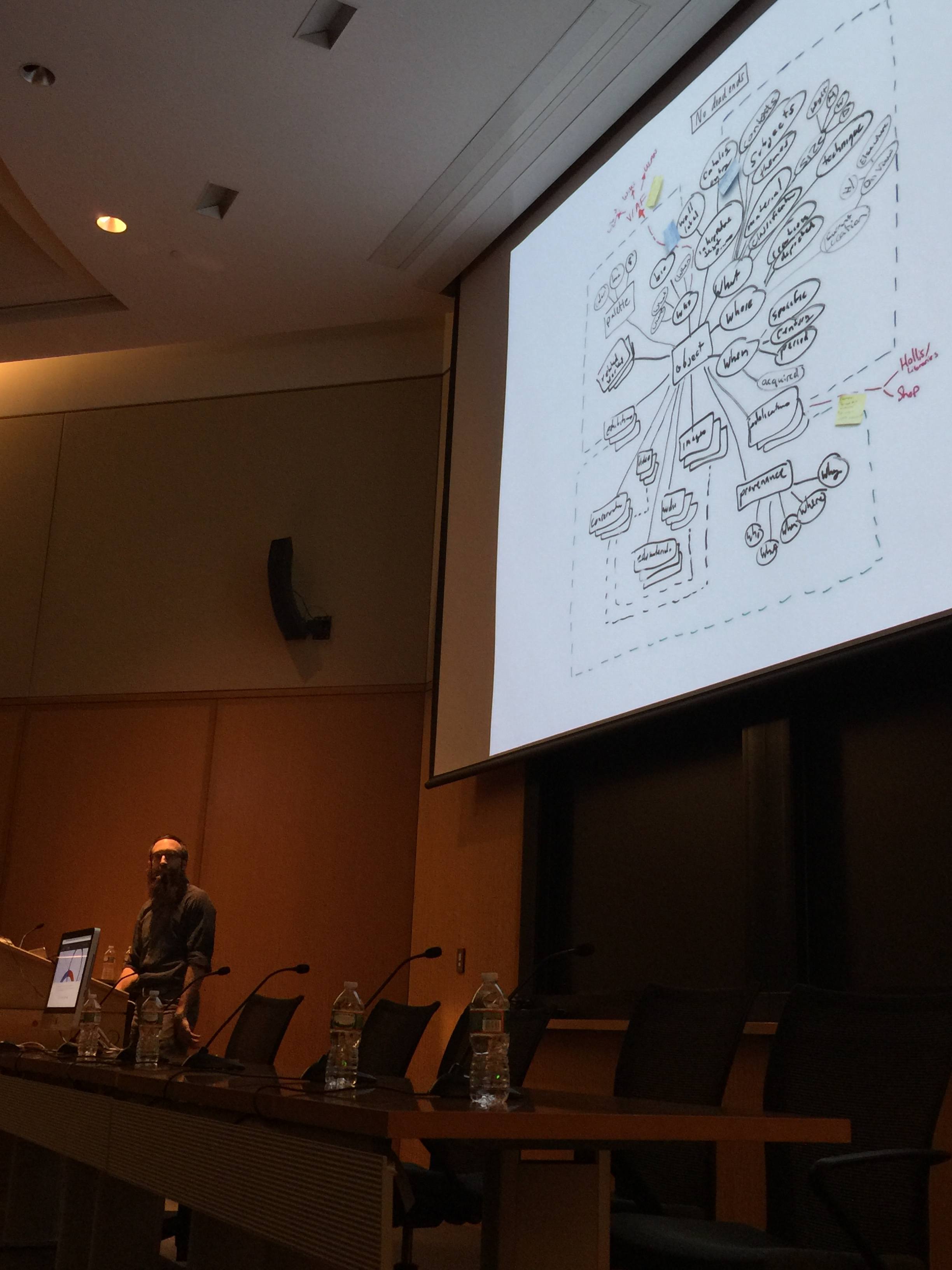 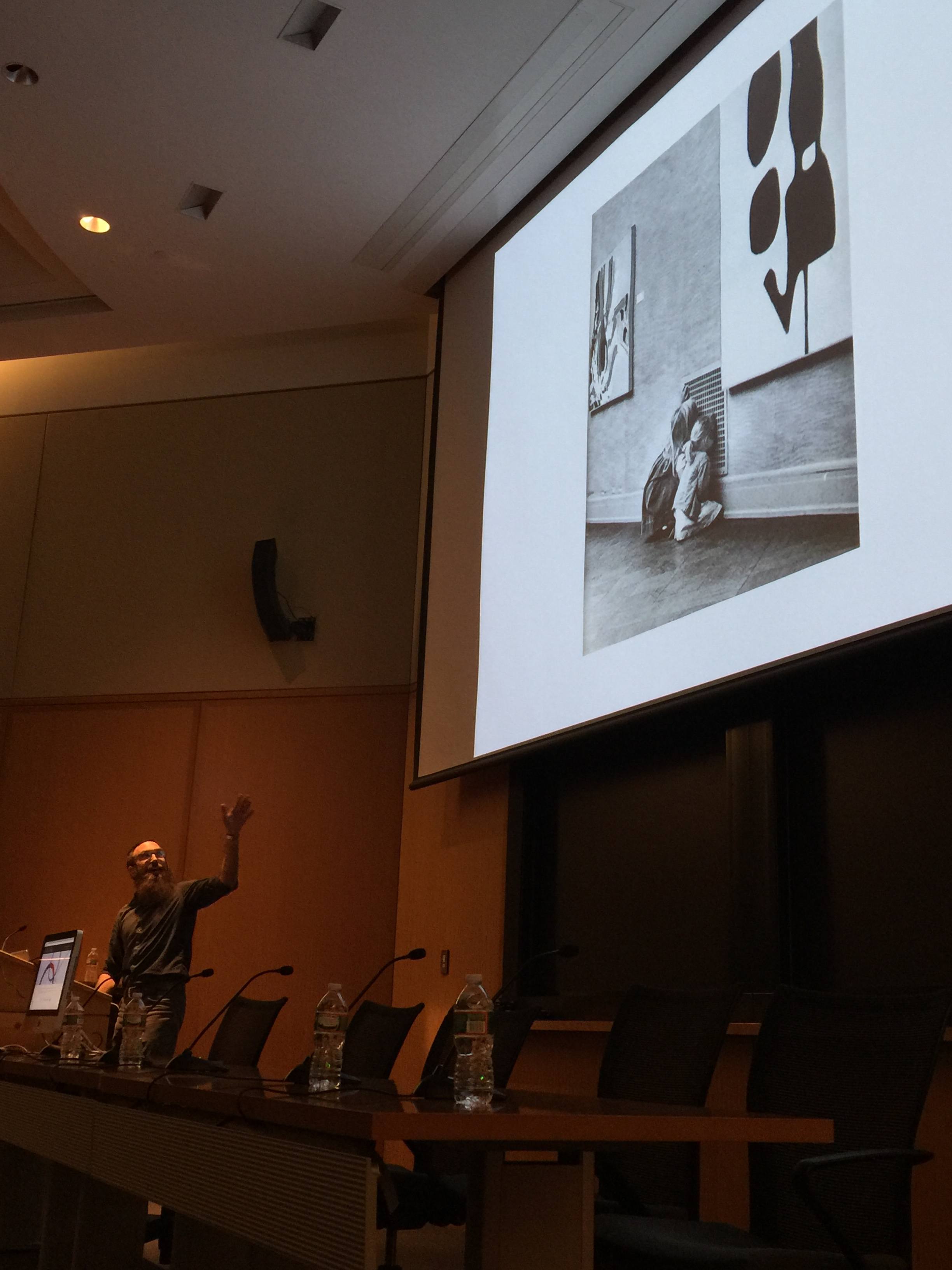 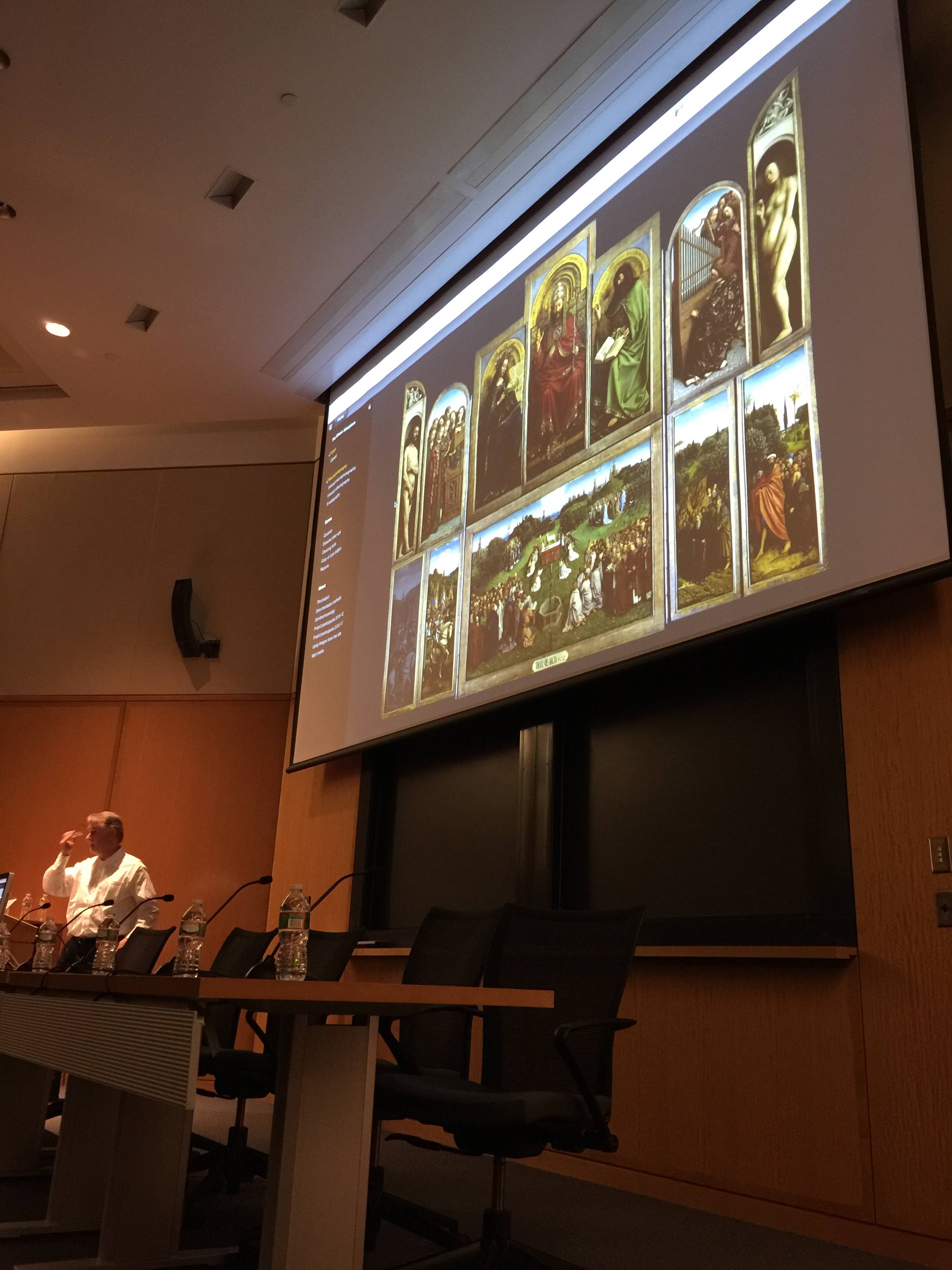 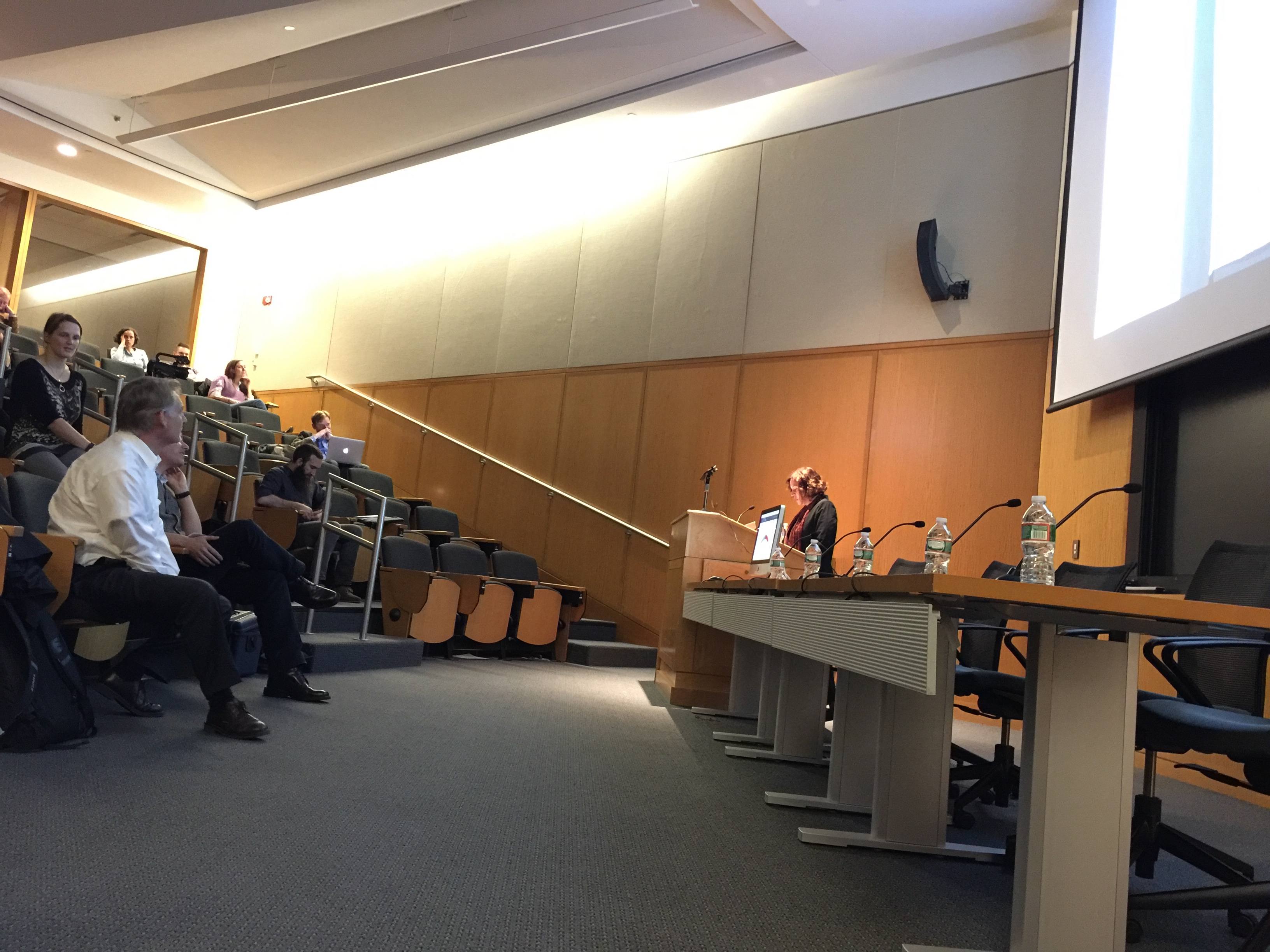 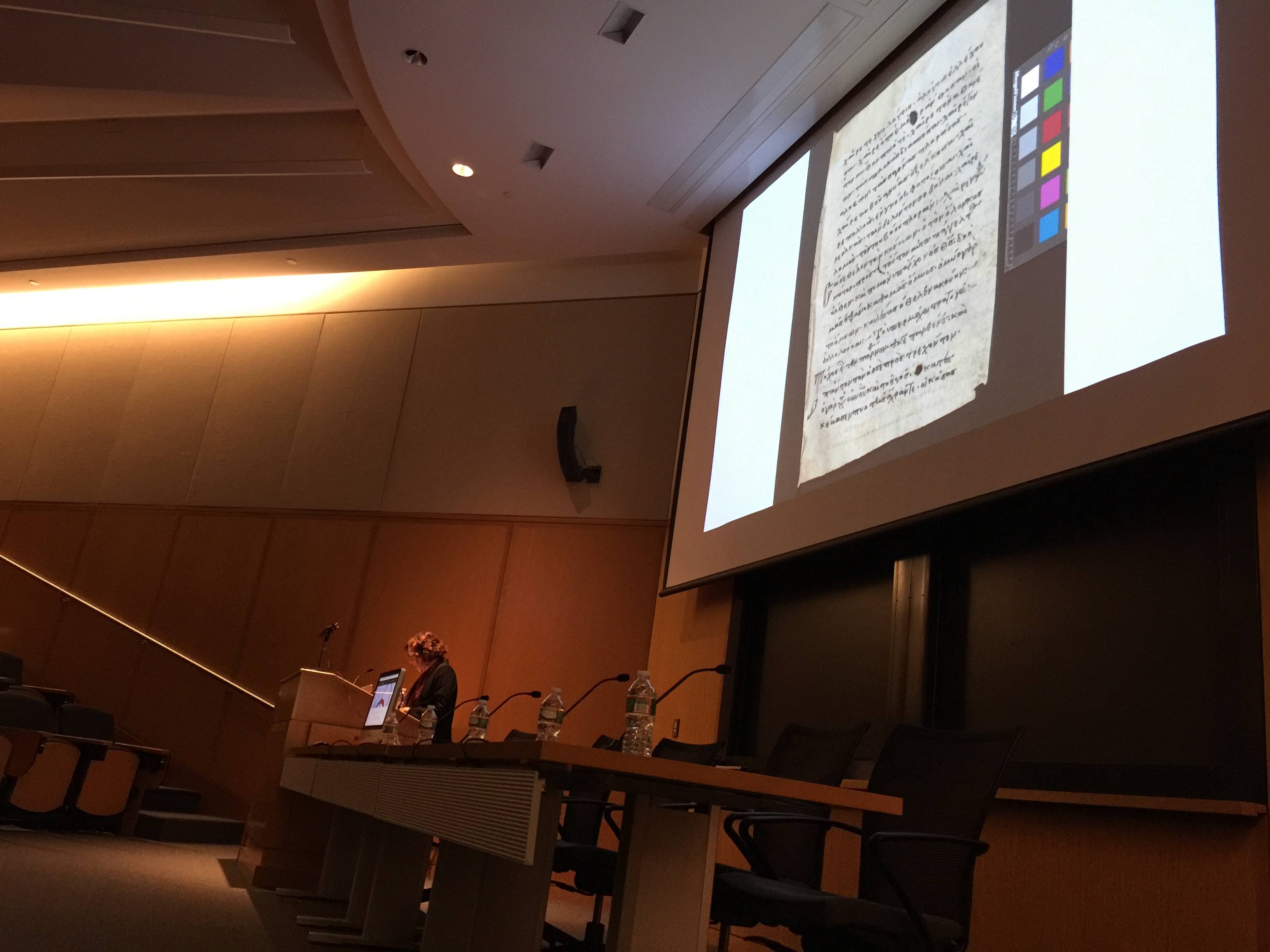 A GitHub Pages port of https://www.digitalfuturesconsortium.org/